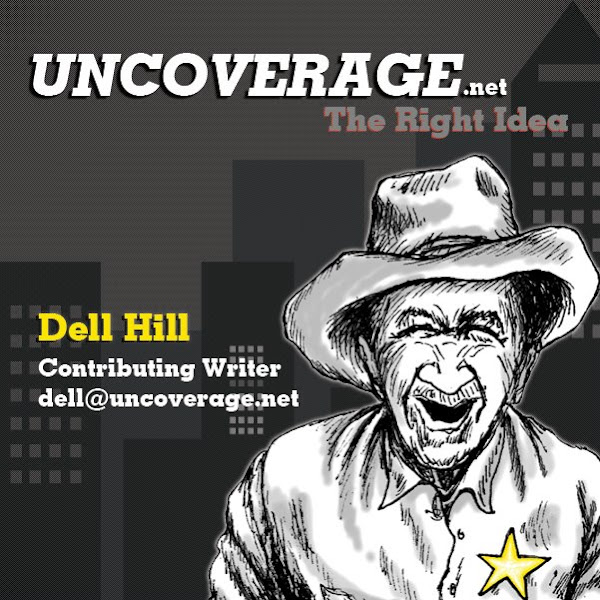 Just so y'all know; I had both kidneys rid of kidney stones on Wednesday and am still a little "under the weather" today.  Had to break down and use the pain meds the doctor prescribed.  It may be another day or two before I'm back in the saddle.  Thanks for your thoughts, prayers and well-wishes.  I appreciate every one of you far more than you know. - DRH

The CSPAN streaming video feed seems to be the most reliable for CPAC coverage.  You can access the streaming feed here:
http://www.c-span.org/Events/CPAC-Holds-Three-Day-Convention-in-Washington/10737428085/
Posted by Dell at 1:09 PM 0 comments

VA No-Shariah-Here Bill In Play: Will MD Man Up Soon?

VA No-Shariah-Here Bill In Play: Will MD Man Up Soon?


VA No-Shariah-Here Bill In Play: Will MD Man Up Soon?

“My HB 825 (http://leg1.state.va.us/cgi-bin/legp504.exe?121+ful+HB825) provides that no Virginia court or administrative agency may apply foreign law unless required or authorized by the US or Virginia Constitutions or federal or Virginia law.  HB 825 passed the Courts Committee 10-6 Friday (2-3-12) despite a barrage of misinformation.  (Two Republicans opposed HB 825, one Democrat voted yes.)  I anticipate vigorous opposition when it is debated on the floor of the House of Delegates, possibly as early as this coming Tuesday! [Highlighting and underscoring Forum’s]

The portion of HB 825 dealing with Virginia courts is virtually identical to a bill in Congress (HR 973) introduced by Rep. Sandy Adams (R-FL) which has 84 co-sponsors including seven Chairmen of House Committees, one former Attorney General of California now in Congress, two Committee Vice Chairmen, and five Virginia Republican Members of Congress.

Please read my analysis below and forward this email to your friends and then contact your member of the VA House of Delegates ASAP:

Here is last Friday’s committee vote in the House of Delegates Courts of Justice panel on HB 825.

For background on the American Law for American Courts movement, see their guiding principles and model statute here –

“The goal of the American Laws for American Courts Act is a clear and unequivocal application of what should be the goal of all state courts: No U.S. citizen or resident should be denied the liberties, rights, and privileges guaranteed in our constitutional republic.

American Laws for American Courts is needed especially to protect women and children, identified by international human rights organizations as the primary victims of discriminatory foreign laws.
By promoting American Laws for American Courts, we are preserving individual liberties and freedoms which become eroded by the encroachment of foreign laws and foreign legal doctrines, such as Shariah.”


Faithful readers will recall and perhaps revisit two of our related articles Which Will The GOP Support:“Soft” Shariah or Free Speech? and Time to Man Up on Political Islam.”
Posted by Dell at 8:15 PM 0 comments

SuperBowl Victory Parade! - No Parade To Honor War Heroes, Though

No Parade To Honor War Heroes, Though

The New York (Jersey) Giants returned from their Super Bowl victory to a planned hero’s welcome in the Big Apple, complete with ticker tape, open top convertibles, keys to the city and all the trimmings. They should be justifiably proud of their accomplishment, and their fans deserve a quick victory lap to mark the occasion.  But, as Doug Mataconis notes over at Outside the Beltway, isn’t there another parade which we’re still waiting for?  He’s making reference to an article by Kate Taylor.

At least one large city, St. Louis, has gone ahead with a parade for Iraq veterans, on Jan. 28.  And on Monday, the White House announced that President Obama and the first lady, Michelle Obama, would hold a dinner on Feb. 29 to honor troops who had served in Iraq.

But the Defense Department, noting that American soldiers are still fighting in Afghanistan, says it is too soon for a celebration with the recognition and symbolism of a New York City parade.

Col. David Lapan, a spokesman for Gen. Martin E. Dempsey, the chairman of the Joint Chiefs of Staff, said, “We simply don’t think a national-level parade is appropriate while we continue to have America’s sons and daughters in harm’s way.”

The Pentagon’s position doesn’t really make sense.  Iraq and Afghanistan are, after all, separate conflicts fought in separate countries for very different reasons.  While there’s no small degree of overlap between veterans of the two conflicts, it seems somewhat silly to say that veterans from the Iraq War shouldn’t be honored until the conflict in Afghanistan is over, or as long as American troops are “in harm’s way,” which seems pretty darn open ended to me.

That’s certainly not the way we’ve handled these things in the past. When the V-E Day came in May 1945, the nation didn’t wait to celebrate that achievement until V-J Day had come three months later (and few people had reason to know that the end of the war in the Pacific Theater might be that near at the time).  In fact, on June 10th, 1945, just a month after the end of the conflict in Europe, New York City held a ticker-tape parade for General Dwight D. Eisenhower while the conflict in the Pacific still raged.”

I’m a Giants fan.  Always have been.  Named my youngest son after NFL great Kyle Rote Sr., running back for the New York Football Giants.  And the Giants certainly earned a SuperBowl victory parade.

But refusing to honor our military Veterans is a disgrace.  Shame on all concerned.
Posted by Dell at 3:56 PM 0 comments

Break The Democrat’s Strangle Hold On The Senate

Break The Democrat’s Strangle Hold On The Senate

Let’s Get It In Gear And Take Back The US Senate!

If I have to start hitting people between the eyes with a 2 x 4, I’ll do it.

The Republican Presidential primary season has everyone talking presidential politics and forgetting what could turn out to be the most important issue of the year - CONTROL OF THE SENATE.

Even if the President should win re-election, it’s the control of the Senate that will make all of the difference.

The slate of Senate elections will heavily favor Republicans in 2012.

Republicans, meanwhile, will face only two to four competitive races to hold onto seats.  Competitive GOP-held seats will be contested in Arizona, Indiana, Massachusetts, and Nevada.

It won’t be easy, but control of the Senate is within reach.  Great strides were made in 2010 and there’s absolutely no good reason why that job can’t be completed in 2012.

Find out the status of YOUR state’s senatorial campaign and act accordingly.

A Parade For Heroes? For The Giants - Probably

A Parade For Heroes?  For The Giants - Probably

For The Men And Women Of Our Military - Probably Not

The New York Football Giants won the SuperBowl and it was - as you might expect - a wild party atmosphere on the plane ride home!

NOW, the question of the hour.

Will New York celebrate the SuperBowl victory with a parade?

Or will the Big Apple continue it’s tradition of having no parades for winners???  After all, there was just one winner and many, many losers.  Don’t we have to be considerate of the feelings of those who didn’t win the big game? 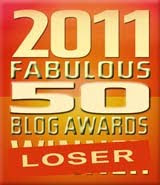